The resilience of this season’s Reading side has not gone unnoticed. Yes, they have struggled to score goals, but they have five draws to their name this season, including Manchester City and Everton, while they took Manchester United pretty close.

Having said that, they had opened 2021 with a heavy defeat to Chelsea, their heaviest since losing 6-1 to Arsenal on the opening day of the season. They faced the same opponents at the Madejski on Sunday afternoon, looking to make amends. Kelly Chambers made three changes to her starting line-up – Lauren Bruton, Molly Bartrip and Rachel Rowe came in for Fara Williams, Lily Woodham and Emma Harries.

The Gunners, on the other hand, arrived after a month away from the pitch and all the background noise of dubious Dubai trips, Covid-19 and injuries. More than anything, Joe Montemurro would have wanted a performance to shift the conversation to the pitch. His starting XI, however, raised a few eyes. Opting to leave Leah Williamson and Jen Beattie on the bench, he threw Anna Patten right into the mix of a back three on her return to the club. Lia Wälti returned from injury to the middle of the park while Vivianne Miedema was flanked by Lisa Evans and Danielle van de Donk despite the FAWSL lead scorer’s recent fruitful partnership with Caitlin Foord.

It was the hosts who started on the front foot, full of an energy and confidence epitomised by the ever-present Jess Fishlock in the middle of the park. She, along with Natasha Harding and Bruton, hassled and harried Arsenal’s young backline, making life difficult for them at every turn.

They got their rewards with just five minutes on the clock after winning a free down the left side of the pitch. Emma Mitchell swung in a cross that found Bruton at the near post to expertly flick home – two ex-Arsenal players combining perfectly to punish their former club.

Reading continued to threaten as Arsenal’s defence faltered. Rowe almost pounced on an error but for the alert keeping of Manuela Zinsberger before Harding found herself closed out in the box before getting a shot away.

For the best part of the first half, the sole positive for the visitors was their captain Kim Little. At times, she dazzled in midfield with her flicks and turns as she tried to spark her team into life. She eventually got a reaction from those around her and Arsenal grabbed their equaliser five minutes before half-time. Patten broke to the by-line and floated in a cross that was headed goalwards by Jill Roord. Grace Moloney got down to make an excellent stop between the sticks but Miedema was there to turn the loose ball home. A pure poacher’s goal. 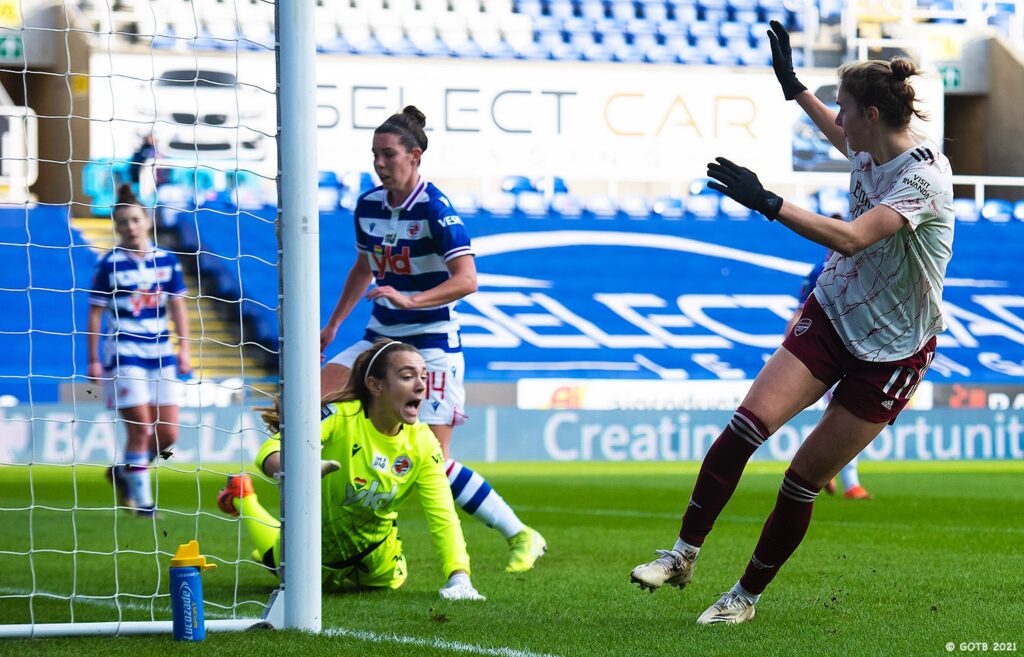 Montemurro rang the changes at the break, switching to a back four with Williamson and Beattie replacing Patten and Wubben-Moy. It had been a tough 45 minutes for the youngsters who no doubt will have better days in an Arsenal shirt. Beth Mead also came on for Malin Gut, sending Evans to the right back position.

The Gunners were improved in the second half, controlling much of the possession but time and again, faced by a blue and white wall, their play broke down in the final third. The best chances fell to Roord who was denied twice by top class saves from Moloney. The Reading keeper showed all of her skills, instinctively sticking out a glove to tip away a flick before reacting quickly to a low drive with her feet.

There was a long delay as Kristine Leine went down badly, her ankle seemingly getting caught in the turf. After worrying scenes that resulted in the right back being stretchered off the field, the clock ticked down and the game stuttered to a close. Reading delighted by a point and performance that answered the calls of their coach; Arsenal frustrated by more points dropped and an inept performance that did little to inspire. 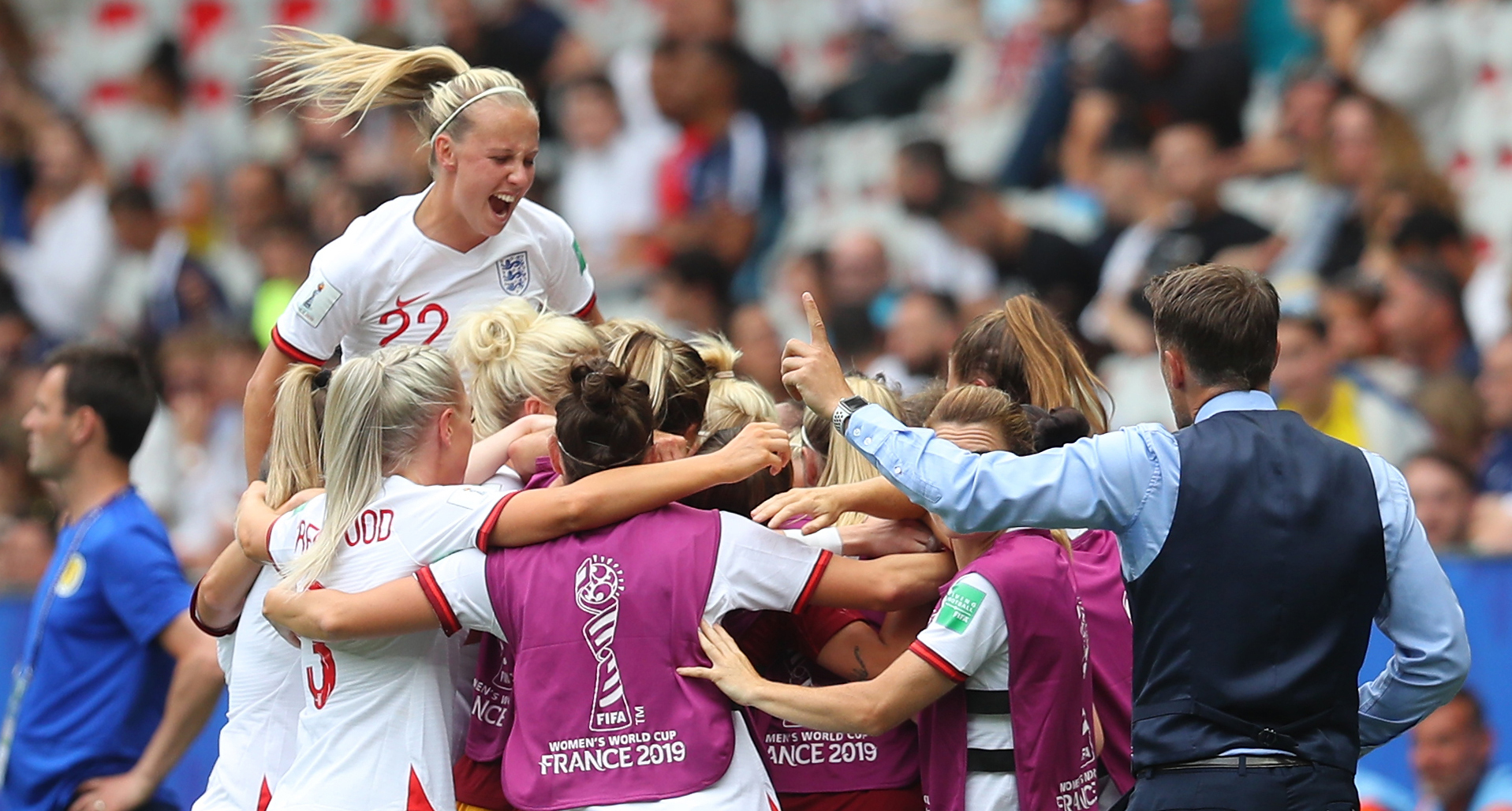 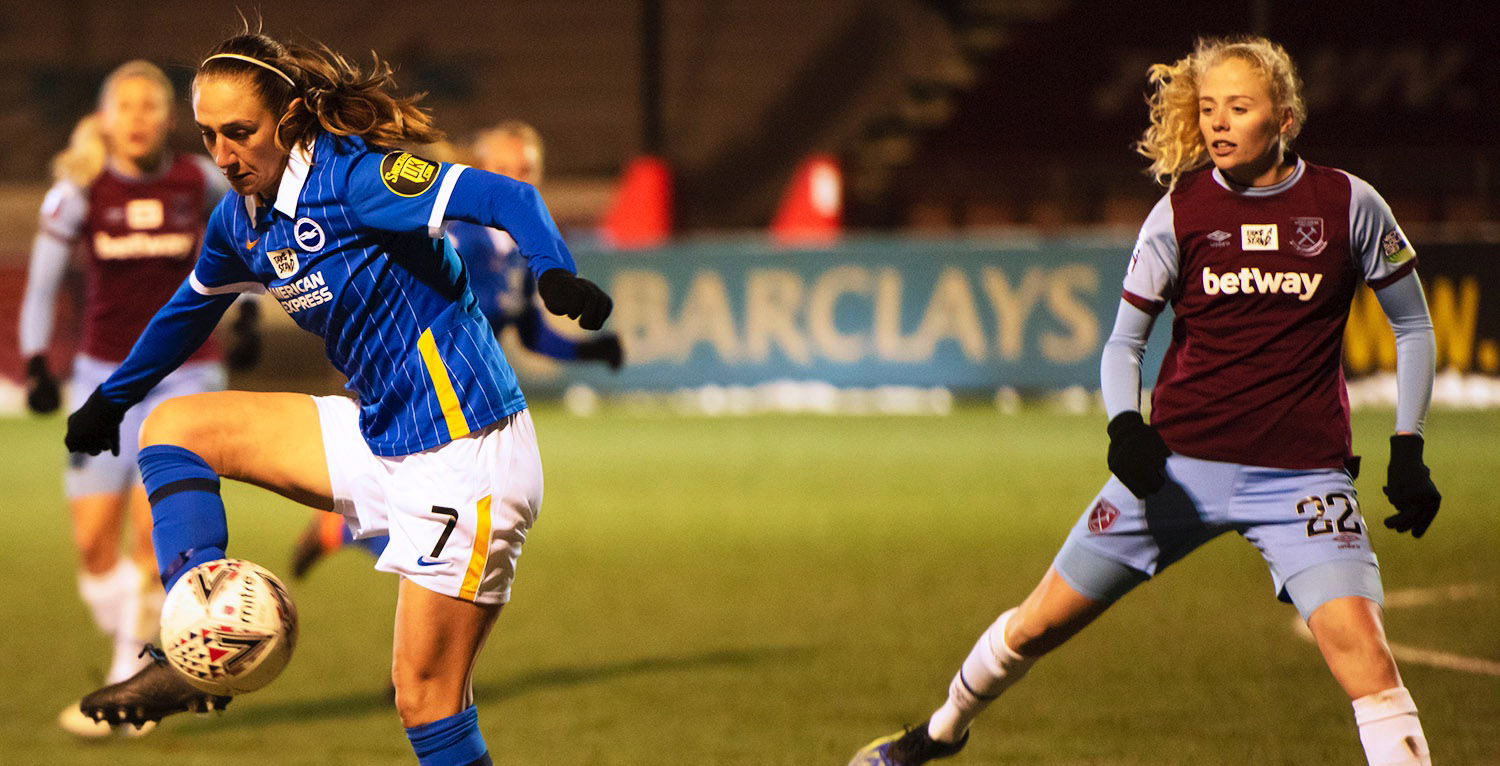